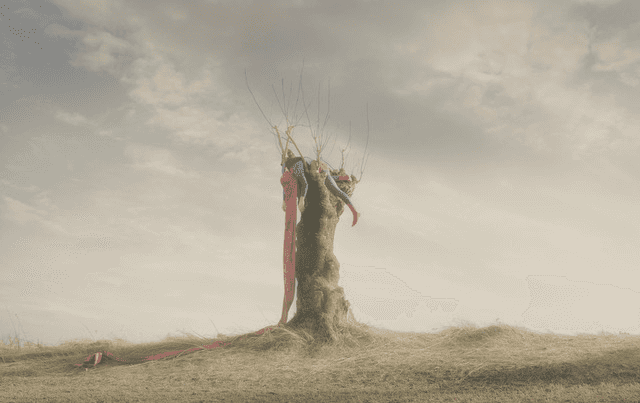 Ole Marius Joergensen (born 1976) is an artist with a background in film based in Asker, Norway. He is best known for his meticulously staged cinematic photographs. With the use of theatrical light and vivid color juxtapositions, Ole Marius’ work emphasizes the mystery and duality of rural life in the modern world. A child of 80s rural Norway, he became fascinated with suburban America, like the popular narratives told on screen by Steven Spielberg and the storytelling of author Stephen King. Drawn to the descriptive narrative and quality of light, he found himself wanting to create his own stories. Influenced by the work of the mid century painter Hopper and the directors Alfred Hitchcock, David Lynch, as well as 19th Century painting traditions of David Caspar Frederic, his work often depicts ordinary situations infused with a unique narrative that unlocks an unexpected mystery that feels both old and new. Plastic Change is a Danish environmental organization working hard to break the exponential growth of plastic pollution on a global scale. Plastic is everywhere – on land and in water. Three generations of plastic-use have left its tracks. Only a fraction of it is recycled or destroyed. The rest remains in nature for hundreds of years. We are ambitious, because the challenge is great! “Plastic defines our culture. We cannot let it define our future” (Henrik Beha Pedersen, 2014)